What is the Theosophical Society?

Theosophy is a term which is many hundreds of years old, essentially meaning Divine Wisdom. It has been studied by Pythagoras, the Neo-Platonists, the Egyptian Priests, the Gnostics, and is encompassed within the Indian Vedas. It is the essence that underlies many of the great religions and philosophies of the world.

The Theosophical Society is an organisation which at its heart seeks to encourage its members and the world today to come to understand and live by the Divine Wisdom, by putting into practice what has always been known, if only by the few.

The Three Objects of our Society 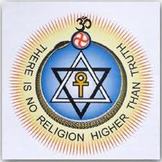 The New Zealand Theosophical Society have 3 objects which guide and encourage us in our endeavours are:

1. To form a nucleus of the Universal brotherhood of Humanity, without distinction of race, creed, sex, caste or colour.

2. To encourage the study of comparative religion, philosophy and science.

3. To investigate the unexplained laws of Nature and the powers latent in the human being.

History of the TS

Radio New Zealand Interview:
" 'Ideas' takes a look at the philosophy and practice of theosophy: an unusual hybrid of Western and Eastern thought, which has had adherents in New Zealand – including a former prime minister and an attorney general – since the earliest years of the movement’s history. Chris Laidlaw and Jeremy Rose from Radio NZ talk to Sushma and Simon Webber of the Wellington branch of the Theosophical Society; professor Peter Lineham; and June Vallyon a Theosophical Society member from Tauranga with a keen interest in the movement’s history."
http://www.radionz.co.nz/national/programmes/ideas/20111120